Since its creation in 1944, the Lewiston-Nez Perce County Regional Airport has been instrumental in the growth and prosperity of the Lewiston-Clarkston Valley.

Zimmerly Air Transport began scheduled service in 1944 at Lewiston, flying intrastate routes in Cessna Airmasters, and became Empire Airlines in 1946, and moved to Boeing 247 aircraft. Two years later it changed to Douglas DC-3 planes, and was acquired by Seattle's West Coast Airlines in 1952.

Lewiston was served by West Coast's Fairchild F-27s in the 1960s. West Coast merged with Bonanza Air Lines and Pacific Air Lines to form Air West in 1968; the San Francisco-based airline was acquired by Howard Hughes in April 1970, and was soon renamed Hughes Airwest.

In the early 1970s, a regional airport for the Quad Cities (Lewiston–Clarkston, Moscow–Pullman) was explored, but the city council of Lewiston withdrew its support of the study in October 1974.

The municipal golf course adjacent to the west, Bryden Canyon, was built in the early 1970s and opened in March 1975.

Early jet service was flown by Hughes Airwest Douglas DC-9-10s and McDonnell Douglas DC-9-30s and by Cascade Airways BAC One-Elevens, supplemented with turboprop aircraft of both airlines. Hughes Airwest merged into Republic Airlines in October 1980, which cut back flights in Idaho and elsewhere in the western U.S. Republic's final flight to Lewiston was in September 1982, and the airline ended its southern Idaho and eastern Washington service the following April. Cascade, based in Spokane, served Lewiston from 1973, until it ceased operations in 1986. 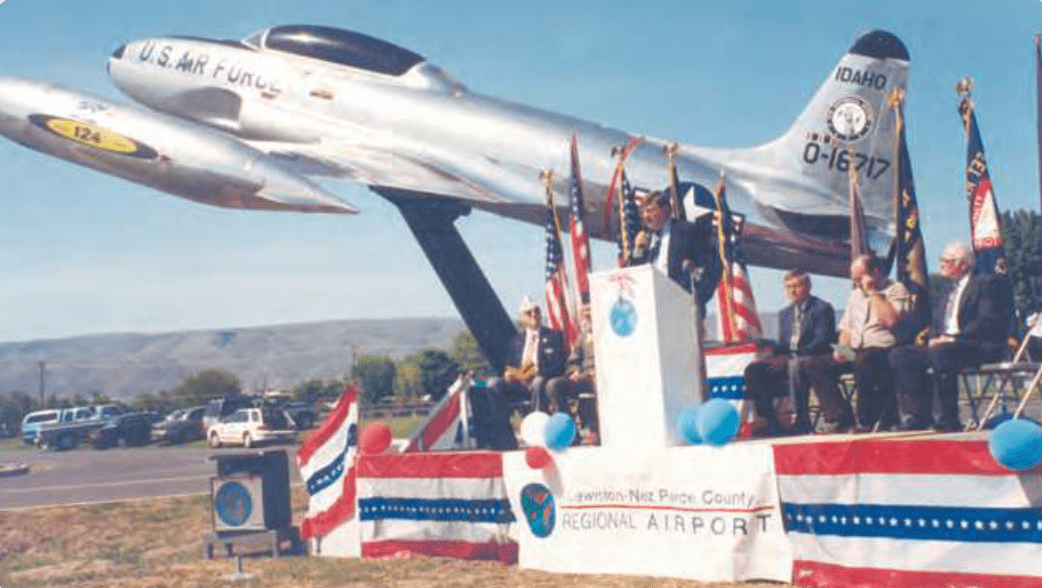